A Bankruptcy Lawyer's Tale: The Challenges of Chapter 13
0 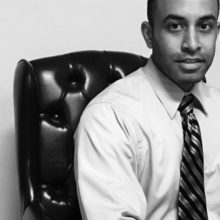 I was in court this morning for a case of mine.  It was scheduled for the dual purpose of confirmation of the chapter 13 plan, and the trustee’s motion to dismiss.  It seems counterintuitive that the same case can be scheduled for a hearing before the court for two things, each seeking the polar opposite of the other.

In chapter 13 cases, though, it’s fairly common.  The trustee’s are seeking to move these cases along, one way or the other.  In this particular case, the debtor doesn’t have substantial debt.  A few years back, the debtor suffered some loss of work, and that resulted in defaulting in the mortgage.  Other than the house in foreclosure, the debtor only had one other alleged debt (a consumer credit claim of $7,000.00), a second property which was current, and a car for which the loan was current.  Facing a scheduled foreclosure sale, we decided to file for chapter 13 bankruptcy, the goal really being to obtain a loan modification.

I never had any doubt that my client would obtain the modification, but every chapter 13 case has its bumps.  Some of the other creditors (which the debtor was current on those accounts) filed claims in the case for pre-petition arrears.  These claims were merely administrative and due to the timing of the filing, because the debtor is current on all of the obligations.

The case was moving along, and we obtained the modification, as I expected.  The next thing to do to get this case ready for confirmation was to clean up these outstanding claims, otherwise the trustee’s office will object to the plan as proposed.  (Essentially, the presence of those creditor claims means they would be getting paid twice for the same debt.)  For the past couple of weeks, I’ve reached out time and time again to have these creditors withdraw these claims.  One has, the other two hasn’t.  So, I had to appear in court today to simply ask for an adjournment.  In discussing the case with the trustee, I was asked why I don’t consent to dismissal of this case since the mortgage has already been modified.  The reason is that if the case gets dismissed, the alleged claim for $7,000.00 comes back to life (the creditor has failed to file a claim in the case, so will be discharged upon the successful completion of the chapter 13 plan), and the creditor will seek to collect it in due time.

So, the beauty of this case shows how chapter 13 can be very versatile and flexible, giving debtors a chance some breathing room when facing debt, and creating workable solutions.  (In fact, the purpose of the 2005 amendments to the bankruptcy code was aimed to get more debtors to file chapter 13 as opposed to chapter 7.)  In this case, the debtor has managed to save the house from foreclosure, and (for the moment) discharging a $7,000.00.  The ugly is that debtor’s attorneys aka me have to spend a ton of time dealing with these kinds of administrative issues that we generally don’t get paid more to do, including court appearances.  Oh yeah, there’s also the issue of having to wait three years for me to get paid my full attorney’s fees.  🙁