Can a creditor force a debtor to reaffirm a debt to avoid eviction?
0

Must a debtor reaffirm a secured debt to avoid foreclosure and eviction? 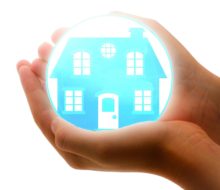 The intersection between foreclosure and bankruptcy is pretty heavy.  Over the last ten years, as people have resorted to bankruptcy to try and save their houses from foreclosure, plenty of interesting questions have arisen.  Most commonly, if someone wanted to keep real property that they were losing in foreclosure, they would try to obtain a modification of some sort.  Another option is reaffirming an agreement, but that reinstates the old contract.  What happens, though, if the only way a creditor would let a debtor keep a house is if the debtor entered into a new agreement that recreates personal liability?  A court in Maryland answered this question in the negative, that a reaffirmation is not required.

In this case out of the Bankruptcy Court for the District of Maryland, the debtor, a housekeeper, had purchased a home in 2005 by obtaining two mortgages.  (The first mortgage was about four times the amount of the second mortgage.)  The debtor subsequently defaulted in the payment of the second mortgage.  (It’s unclear from the opinion whether the debtor defaulted in the payment of the first mortgage.)  The defendant in this case, a third party real estate investment company in the business of purchasing non-performing notes and attempting to convert them into performing notes, purchased the note in 2011 for about $2,900.00.  (The amount owing on this mortgage at this time was about $49,000.00.)

Thereafter, the defendant-creditor started an eviction proceeding against the debtor, seeking possession of the house.  The debtor was then served with an order for eviction on July 20, 2013.  Upon receipt of the eviction order, the debtor filed a motion seeking to stay the eviction, but it was denied.  The debtor then called the defendant, expressed that she didn’t understand why she was being evicted, and whether there was anything she can do to avoid eviction.  She was transferred to a workout specialist who explained to the debtor that if she agreed to pay $3,000.00 immediately, and make monthly payments for the next thirty years, the eviction would cease.  It appeared that the debtor verbally agreed to make such payments, so the defendant-creditor mailed to the debtor an agreement to sign.  In effect, the agreement reinstated the debtor’s liability on the note (plus fees, interest and costs that accrued during the foreclosure), although no language on the agreement identified it as a reaffirmation agreement.  The language of the agreement sent to the debtor identified the old contract terms and the old contract, and then identified the new terms, including the recapitalized balance.  It does not appear the debtor signed or returned the agreement.  She then reopened her bankruptcy case and commenced this proceeding alleging that the behavior of the defendant-creditor was in contempt of the discharge order, as well as a temporary restraining order on the eviction, which was granted.

The issue in this case, as presented by the debtor, is whether the creditor’s offer of a “new” mortgage to stop eviction of the debtor violated the discharge injunction.  To answer this question, the court looked directly at the statute and the agreement offered,  and found that the discharge precludes this kind of behavior.  The court looked at Section 524(c), which makes unenforceable an agreement between a bankruptcy debtor and the holder of a claim that involves a claim that was dischargeable in the bankruptcy, unless the agreement went through certain procedures (as a reaffirmation would).  Thus, since this agreement essentially re-wrapped and updated the old contract, which was discharged in the bankruptcy case, the proposed agreement was unenforceable.  Further, the creditor’s position that the debtor had to sign the new agreement to evade the eviction was construed as a violation of the discharge injunction.  Mejia v. Partners for Payment Relief LLC (In re Mejia, 12-12090-TJC), AP 13-501 (Bankr. MD, Sept. 2016).

The takeaway from this case is great for bankruptcy debtors.  A creditor cannot skirt the procedural requirements of the bankruptcy code to reinstate your personal liability on a discharged claim.  While the creditor can exercise its property rights (such as a foreclosure or repossession), it must tread cautiously when entering into an agreement with a debtor concerning the debt that was discharged.  The attempt to reinstate personal liability on a debt without going through the procedural requirements will be unenforceable, and may be treated as a violation of the discharge injunction in bankruptcy.