During the Coronavirus outbreak, are there evictions happening in NYC?
0

During the Coronavirus outbreak, are there evictions happening in NYC? 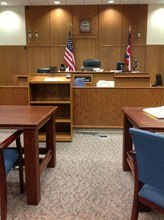 As a result of the Coronavirus outbreak that the world is facing, NYC has been responding by implementing measures to keep people off the streets if possible. Restaurants and cafes have had business significantly reduces. Gyms have been shutdown. Schools have been closed. The courts are facing the same issues. As a result, a question that’s popped up is: are evictions taking place during the Coronavirus outbreak?

Housing court in NYC falls under the umbrella of the Civil Court of NYC. The court administration

Housing court in NYC falls under the umbrella of the Civil Court of NYC. The court administration

issued a memo earlier this week advising what the court’s will be doing. The memo stated,

“To that end, beginning March 17, 2020, the Court will only hear emergency applications on cases and continue trials that were started before 5:00PM on March 16, 2020. All other matters, including appearances in regular civil and housing part calendars, will be administratively adjourned for approximately 45 days. All parties will be notified of adjourned dates by postcard.”

“For the time being, the Court is still accepting new cases. However, anyone not making an emergency application, or appearing on an already-commenced trial, is encouraged not to come to the courthouse.”

More guidance was issued in a subsequent memo.

What happens if I have an emergency with my apartment?

What this means is the following. First, the court will only have appearances on cases where there was an actual trial that already started before March 16, 2020 at 5:00PM. If your trial was scheduled, but did not start, that case will be adjourned.

Second, and importantly for tenants, the courts are still allowing applications for emergency items. This items include: “Essential applications such as landlord lockouts, serious coded violations, and repair orders, and others as the court may allow. “

So far, in my active cases, the courts have adjourned the conferences that were scheduled. You can still go to court to start a new case, or to file applications for emergency things, but otherwise it appears all other court appearances are being adjourned.

Specifically, as it relates to evictions, if you had an eviction case and there was a court appearance, you should NOT go UNLESS you had a trial that started before 5:00PM on March 16, 2020. Your case will be adjourned.

If you’re facing an emergency in your apartment and believe you need an order from a judge (as mentioned above, for an illegal lockout, or big repairs that you need done), I would suggest calling the court first BEFORE going to the courthouse to file any paperwork.

It’s an unprecedented time in the world right now, and even moreso here in NYC. This is the place I was born, raised, grew up and live in. We all should do what we can to stay safe, and help the city recover as quickly as possible from this. The courts are trying to do their part by adjourning cases and encouraging people to stay away from the courthouses.

Are You a Landlord?